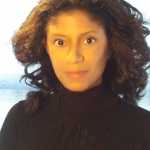 Dr. Ingrid Waldron, PhD. was born in Montreal to Trinidadian parents. She is a sociologist, an Associate Professor in the School of Nursing at Dalhousie University, the Director of the Environmental Noxiousness, Racial Inequities & Community Health (The ENRICH Project), and an Associate Research Scholar at the Healthy Populations Institute in the Faculty of Health at Dalhousie.

Ingrid’s scholarship is driven by a long-standing interest in looking at the many manifestations of how spaces and communities are organized by structures of colonialism and gendered racial capitalism. Her work examines the relationships among histories of colonization, representations of race, gender, and class, structural violence, and health in Black Canadian, African Nova Scotian, immigrant, and Indigenous communities in Nova Scotia and Canada. She is interested in how individuals, families, and communities are differently situated across multiple axes of difference and identity, and how the social, economic, political, and health experiences of Black, Indigenous, migrant, poor, LGBTQ+, disabled, and older women are both gendered and racialized. She has a particular interest in looking at how the bodies of Black, Indigenous, and other racialized women have long been sites of trauma that carry the weight of the past, and present stereotypes that dehumanize. She is also interested in decolonization, and the transformative human agency of racialized and Indigenous women, in the face of oppressive institutions.

Ingrid’s research, teaching, and social activism work focus broadly on Black feminist philosophy, the sociology of race and ethnicity, social and environmental determinants of health, and the sociology of illness, healing, and health in African Canadian, Aboriginal, immigrant, and refugee communities in Canada. Her scholarship focuses specifically on the impact of racism and other forms of discrimination on health and mental health, critical perspectives on Black women’s health, racism in psychiatry (including the racialization of schizophrenia and other psychiatric diagnoses), environmental racism and its impact on the psychological, physical, social, and economic well-being of African Nova Scotian and Aboriginal communities, the racialization of place/space, experiences of racialized male and female nurses in Nova Scotia, and indigenous/traditional/spiritual African and Aboriginal health and mental health knowledge.

The ENRICH Project, with Ingrid as Director, is investigating the socioeconomic, political, and health effects of environmental racism in Mi’kmaw and African Nova Scotian communities. The ENRICH project formed the basis to the creation of Bill 11: An Act to Address Environmental Racism, the first bill to address environmental racism in Canada. Bill 111 was introduced by MLA Lenore Zann at the Nova Scotia Legislature on April 29, 2015, and debated at second reading on November 25, 2016. Ingrid also helped develop the first provincial Environmental Bill of Rights for Nova Scotia in partnership with the Environmental Rights Working Group, which was launched on April 21, 2017.

Ingrid is collaborating on the study How Do People Living with Symptoms of Anxiety & Depression in Halifax Regional Municipality Get Well? A Pilot Study of Treatment Preferences and Experiences in People with Lived Experience. This study looks at the experiences of depression and anxiety in Black Canadian, Indigenous, and other racially and culturally diverse communities in Halifax, their search for improving their mental health, and the social and clinical factors that may influence their experience.  Ingrid’s study North End Matters: Exploring the Determinants of Health in the Black Community in North End, Halifax explores the relationship between race, place, and space, gentrification, and how processes of race, class, and colonization shape health and well-being in the African Nova Scotian and African immigrant communities in North End, Halifax.

In early 2017, Ingrid helped form Rural Water Watch with Dr. Wilber Menendez Sanchez and Fred Bonner. Rural Water Watch is a non-governmental organization whose objective is to address community concerns about possible water contamination in rural Indigenous, African Nova Scotian, and other communities through water testing and community education about water pollution and its health effects.